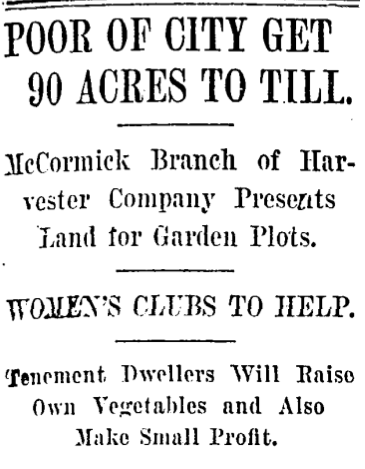 A while back I posted some thoughts at INUAG about a new California law that could potentially change how urban farmland is taxed.  I’m copying the thoughts below.

I’ve been interested to read the news that’s been coming out over the past week about AB 551, the bill that recently became law in California, and which *might* make it a lot easier for urban gardeners and farmers in California to get long-term access to land.  I’d be curious to hear your thoughts on it.  Good idea?  Bad idea?  Likely to work in other places?  Would you want it where you live/work/farm/garden?

If you haven’t heard of the law, check out the recent posts on INUAg here and here, or a good summary of the law by some of its supporters, here.  The basic idea is that it gives certain California cities and counties (those in metro areas larger than 250,000 people — sorry, Santa Cruz…) the ability to create Urban Agriculture Incentive Zones.  First, a city or county has to pass an ordinance approving incentive zones.  Then it can enter into contracts with landowners.  A landowner would agree to devote 0.1 to 3 acres of land to ag use (commercial or non) for at least 5 years.  In return, the landowner gets a property tax break.  Instead of calculating property taxes at the regular assessed value, the county uses the average value of irrigated cropland in California.  That’s about $12k/acre, which is a whole lot less than land values in most California cities.  If the landowner starts using the land for something other than ag during the contract, then s/he has to pay back the difference in property tax.  And there can’t be a dwelling or any physical structure that doesn’t support the agricultural use on the land.  So you can’t get a tax break for letting people farm the yard around your house, or around your tech firm. (Unless maybe you subdivide the lot first.)

It will be interesting in coming months to see how much — and where — this actually changes the legal landscape for urban ag in California.  SPUR, the SF-based nonprofit that led the coalition of supporters in getting AB 551 passed, has noted that there are already elected officials and advocacy groups in SF, LA, and Sacramento who have expressed an interest in getting zones going in their cities.  In fact, the City of Sacramento itself endorsed AB 551.

But in some ways, this bill seems tailored to solve problems that might be unique to San Francisco, where there seems to be an incredible amount of interest in urban ag, and exceptionally little land available.  What private land exists is probably under development pressure that is unlike anywhere else in the state — every day brings more tech millionaires who are willing to pay any price to live there, which is driving up the price of housing and presumably land as well.  Indeed, Phil Ting, who sponsored AB 551 as a freshman member of the state assembly, used to be the SF city assessor, and said just last year that SF is “probably the strongest real estate market in the state.”  City property tax revenues are booming, and topped $2B for the first time this year.  So maybe SF can afford to forgo some tax revenue in return for securing the amenities provided by urban ag.

But how will that compare to city managers’ calculations — fiscal, political, and environmental — in other California cities?  Will officials in LA and Sacramento feel the same pressure to create incentive zones?  Will officials in cities like Oakland, San Jose, and Compton, which have been facing serious fiscal pressures, decide that they can forgo potential tax revenue in order to incentivize urban farming?  Not to mention cities like Stockton and San Bernardino, which are in bankruptcy, but where people could arguably benefit from urban ag more than San Franciscans would. (Stockton is reportedly “starving for fresh food in the richest farming region on earth,” and San Bernardino County has pointed to urban ag education as a “promising practice.”)

Looking beyond California, does AB 551 provide a model that might be adopted in other states and cities around the U.S.?  By some measures, California has led the country in state-level policy innovation.  But is this the sort of innovation that is likely to catch on?  Should it?  I’d be curious to hear your thoughts… 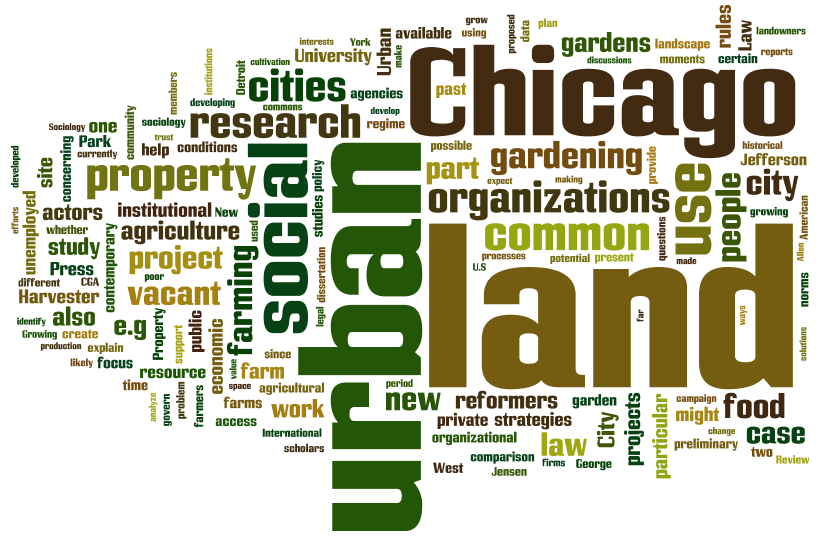